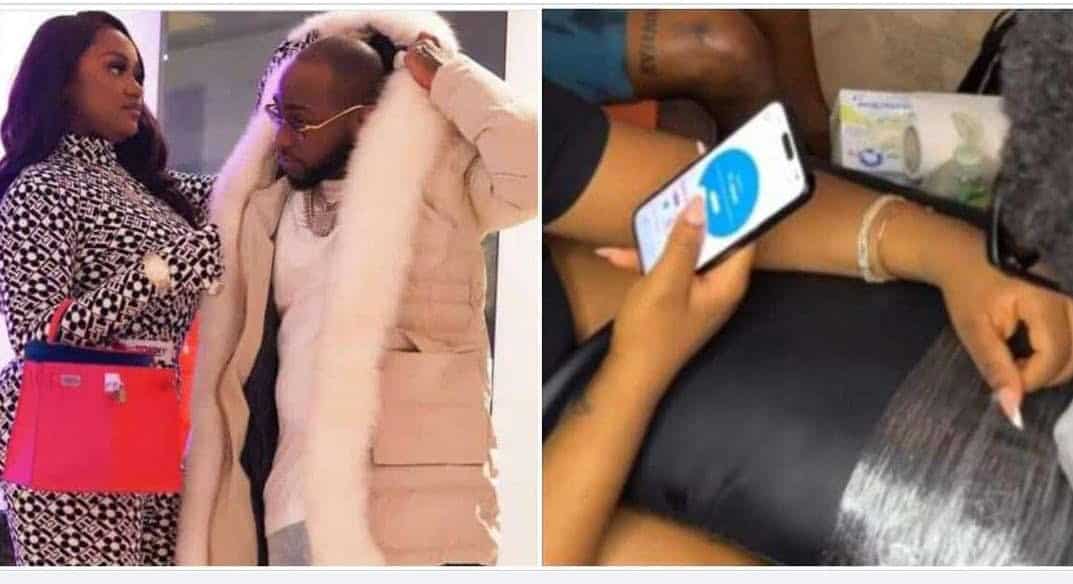 While the tattoo artist worked on Chioma’s finger, she scrolled through her phone and internet ladies were quick to spot a popular menstrual cycle tracking app

Many have since flooded social media with congratulatory messages in advance while others wondered if another baby is on the way.

Social media observers paid extra and keen attention to a recent video of Davido and Chioma that made it to social media.

Recall that Legit.ng earlier reported that the lovebirds got tattoos of each other’s names on the fingers with their wedding rings.

OTHER NEWS:  ‘You Have Been Hating On Someone For 10Years’ – Patoranking Blasts Burna Boy And Davido

Well, while the tattoo artist did his thing on Chioma’s finger, she got busy with her mobile device and ladies on the internet were quick to spot a familiar app.

Apparently, the application known as Flo is often used by ladies to monitor menstrual cycles.

Upon sighting the app on Chioma’s device, many have sent in congratulatory messages in advance while others wondered if she is already expecting another child.