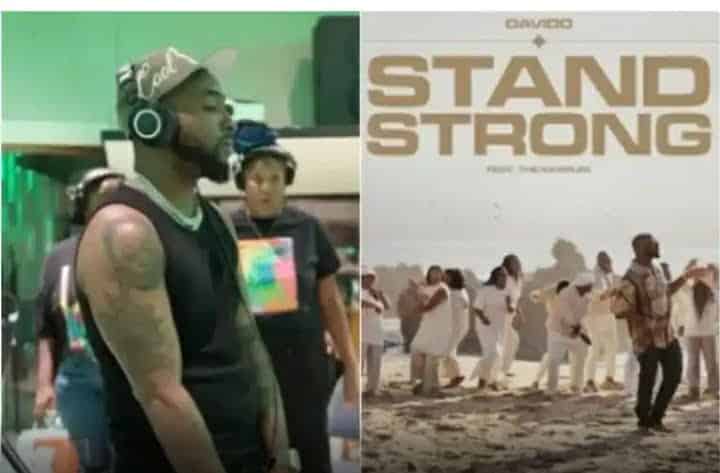 A Twitter user and fan of the singer, Davido has praised his new album, Stand Strong.

A fan had left many speechless when he took to Twitter to reveal that Davido’s new song healed a crippled man.

According to him, he played the song for the cripple and surprisingly, he stood up and started walking.

“OMG! I played Davido’s stand strong around a crippled man and he walked”.

Wothappen news recalls fans of award-winning singer, Davido were quite over the moon as when he announced the release of a new album that featured American rapper, Kanye West’s choir group.

The American rapper, who is legally known as Ye became a Christian around 2019 and had been releasing gospel songs with his Sunday choir group, The Samples.

Davido took to his Instagram page to reveal the good news to his millions of fans who were ecstatic.

“Why my marriage to Don Jazzy crashed” Ex wife, Michelle Jackson speaks out