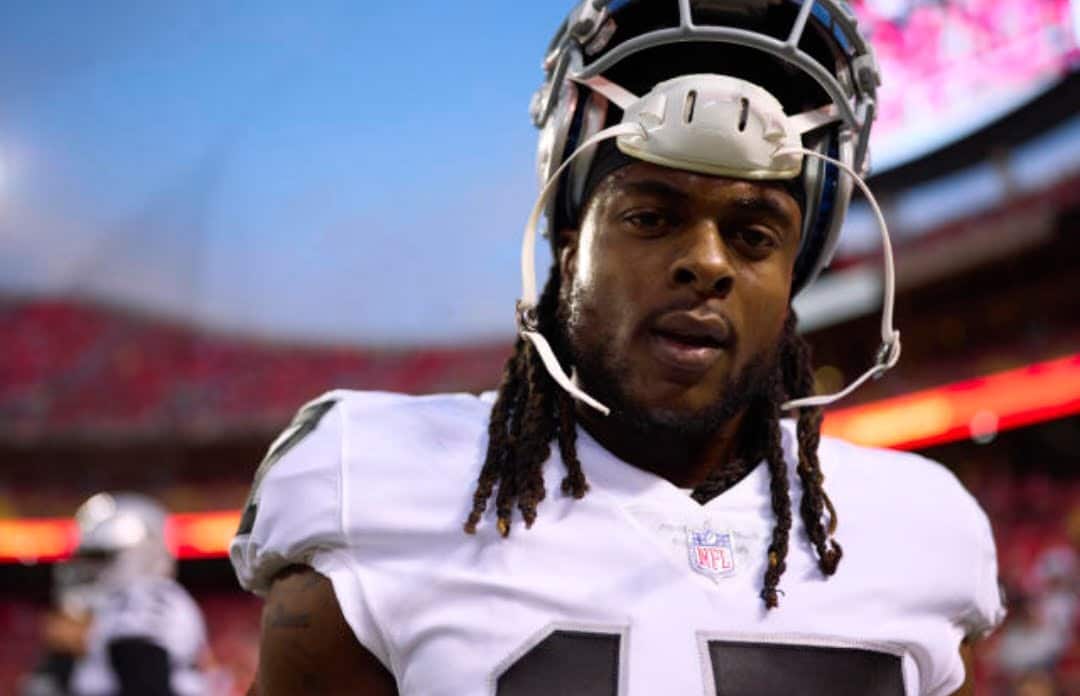 Las Vegas Raiders receiver Davante Adams could be suspended or fined for shoving a photographer to the ground as he left the field following Monday night’s loss at Kansas City.

A person familiar with the process told The Associated Press on Tuesday that the league is reviewing Adams’ actions following a 30-29 loss to the Chiefs, with possible punishment including a fine or suspension. The person spoke on condition of anonymity because the league hadn’t made the review public.

Detectives from the Kansas City Police Department’s assault unit are investigating the incident and will work with prosecutors to determine whether charges are warranted, spokesman Sgt. Jake Becchina said Tuesday.

OTHER NEWS:  Amount Liverpool players will received if they win EPL reveal

He did not provide a timetable, other than to say it could take more than a couple of days.

As Adams left the field, he pushed what appeared to be a member of a camera crew to the ground as he headed into the Arrowhead Stadium tunnel to the locker room.

Becchina said the photographer went to the hospital for treatment for injuries that were not life-threatening.

Adams apologized in his postgame comments to the media and later on Twitter.

“He jumped in front of me coming off the field. I kind of pushed him. He ended up on the ground,” Adams said after the game. “I want to apologize to him for that. That was just frustration mixed with him really just running in front of me.

“I shouldn’t have responded that way, but that’s the way I responded. I want to apologize to him for that.”

Coach Josh McDaniels said Tuesday that he supports Adams and will cooperate in any investigation.

“I know that was an unfortunate situation,” he said. “We obviously don’t want any of our guys to be doing anything like that. He knows that. He’s very well aware of that. But I know the person. I don’t think there was any intent behind it on his his part. But whatever they ask of us, whatever they need from us, obviously we’ll comply.”

Adams had three catches for 124 yards and two touchdowns in the game. He has 29 catches for 414 yards and five TDs so far in his first season with the Raiders.