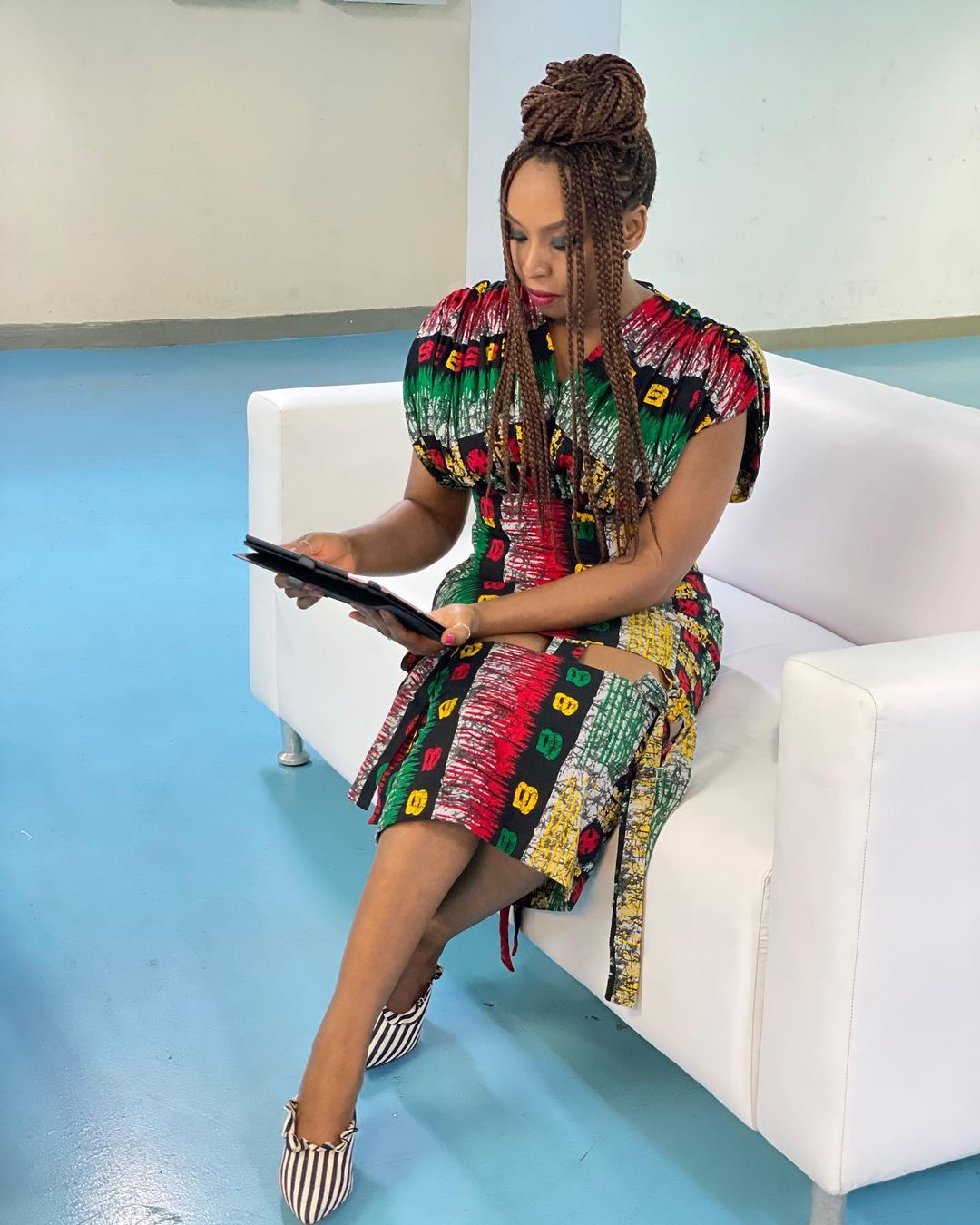 She was born to James Nwoye and Grace Ifeoma as their fifth of six children.

Chimamanda is a renowned writer, orator, and feminist.

Her writing has crossed borders and some of her books have been translated into other languages to reach a wider audience.

Chimamanda had her elementary and secondary education at the University of Nigeria staff school before studying medicine and pharmacy at the university.

Her writing skills came to light when she edited the university magazine called ‘Compass’.

At 19, Ngozi left Nigeria to the United States to study communications and political science at Drexel University, Philadelphia

Furthermore, Ngozi proceeded to Johns Hopkins University and Yale University where she bagged master’s degrees in 2003 and 2008 respectively.

Chimamanda Ngozi Adichie was 20 years old when she published her first collection of poems, ‘Decisions,’ in 1997.

In 1998, she wrote  ‘For Love of Biafra’ a play about the Nigerian Civil War

She recorded her first big recognition when her short story ‘You in America,’ was shortlisted for the Caine Prize for African writing.

She published her debut novel ‘Purple Hibiscus,’ in 2003 which became a huge success.

In 2006, she dropped her next book ‘Half of a Yellow Sun’ which recorded an experience of the Nigerian Civil War. The book was adapted into a movie in 2013

Americanah, her third book was released in 2013. The book revolves around a young Nigerian who encountered racism in America

‘The Thing Around Your Neck’ and Dear Ijeawele were also some notable works of the renowned writer.

Adichie published ‘Notes on Grief’ in 2021, a memoir about her father’s death,

Aside from writing, Ngozi has also reached audiences through her oration. She delivered a notable TED lecture in 2019, titled “The Danger of a Single Story”. The talk went viral and amassed about 27 million views on youtube. Making it one of the most viewed TedTalk of all time.

In 2012, she also spoke at the Commonwealth Lecture on ‘Connecting Cultures’.

Later in 2012, she delivered another lecture, “We should all be feminists”  at the TEDxEuston. A speech that was published as a book and reportedly sold about 750,000 copies in the U.S.

Part of the speech was also featured in the song ‘Flawless’ by Beyonce and this also made it gain more public attention.

In August 2022, she was a keynote speaker at the Annual General Meeting of the Nigerian Bar Association.

In her speech, she noted that young citizens are finding it hard to have mentors and heroes. She said “There’s need for resurrection. We cannot avoid self-criticism but criticise the government. We cannot hide our own institutional failure while demanding transparency from the government.”

Furthermore, she charged citizens to be up to the responsibility and stop blaming the government for the rots in the system. In addition, she said “There’s need for resurrection. We cannot avoid self-criticism but criticise the government. We cannot hide our own institutional failure while demanding transparency from the government.”

Chimamanda Ngozi is married to Dr Ivara Esegee, a medical doctor and the couple has a daughter

Chimamanda Adichie’s net worth is reportedly valued to be $500,000.

Nominations for Other Awards

Honorary Degrees and other academic distinctions

In 2018, Adichie was faced with criticism when she question Hilary Clinton’s Twitter Bio. Clinton had included “Wife”.

Some netizens went for Adichie accusing her of taking feminism too far.

In reaction to the criticism, Chimamanda said “who read a headline and, without bothering to get details and context, jump on the outrage bandwagon and form lazy, shallow opinions.”

In 2020, Adichie commented on J. K. Rowling’s article “J.K. Rowling Writes About Her Reasons for Speaking Out on Sex and Gender Issues,” referring to it as “perfectly reasonable.”

Her comment was faced with backlashes from netizens who accused her of being transphobic, In addition, Akwaeke Emezi, who had graduated from Adichie’s writing workshop added her voice to the criticism.

Chimamanda in a clap back to Emezi said “There’s a sense in which you’re not allowed to learn and grow.” Forgiveness is also out of the question. It is so lacking in compassion, in my opinion.

In 2021, Adichie revealed that an international magazine declined using her picture for its cover because it looks too glamorous.

Revealing this on an Instagram post, she said; “It was a cover shoot for an international magazine. Or it was supposed to be. The magazine rejected the photos.

“They didn’t want me ‘looking too glamorous,’ they said. And so the cover didn’t happen.

“What does one do with rejected photos but show them anyway, primarily for the vanity-boosting benefits of such an act, but also to celebrate and thank these talented people in Lagos”.

The information in this article was curated from online sources. Wothappen or its editorial team cannot independently verify all details.

Advertise With Us: [email protected]

2023: If Elected Security Is Mine, Economy For Tinubu – Says Shettima

“They Greet Guys, Not the Women”: Stephanie Coker Explains Not Liking to Be Friends With Nigerian-Bred Ladies