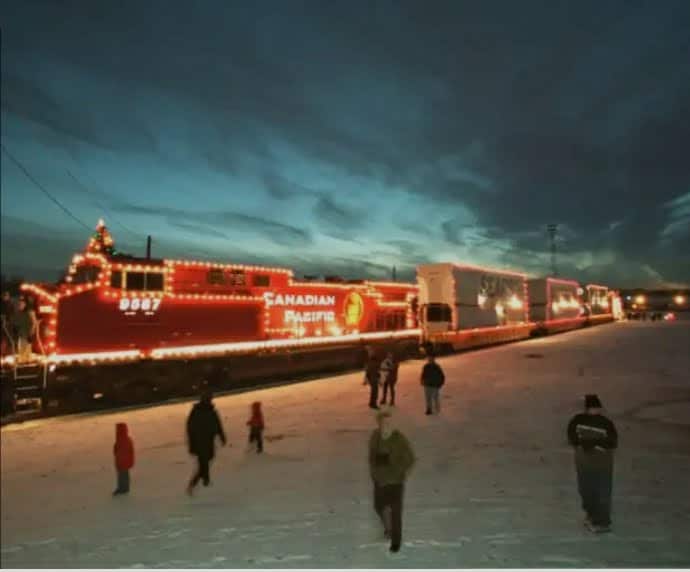 The Canadian Pacific Holiday train is returning for 2022 and here’s all you need to know about the schedule, route and how to watch it in person.

The CP Holiday Train program has two trains, one that travels exclusively in Canada and another with stops in both Canada and the U.S.

WOTHAPPEN reports that the train is back for its 24th year and families across North America will get the chance to experience it.

The holiday train is returning to the rails for its first cross-continent tour in three years, following virtual concerts in the pandemic years of 2020 and 2021.

Canadian Pacific is a transcontinental railway in Canada and the United States with direct links to major ports on the west and east coasts.

Holiday Train shows are free to attend but attendees are encouraged to bring cash or non-perishable food donations as local food shelves will set up collection stations at each event, with all donations made staying with the local food bank to help people in need in the community.

Since the program launched in 1999, the Holiday train has helped raise more than $21 million and collected five million pounds of food.

The CP Holiday train 2022 tour kicked off its schedule with its first-ever Maine shows in Jackman, Brownville Junction and Hermon.

Also for the first time, the Holiday Train also hosted shows in Lac-Megantic, Sherbrooke and Farnham, Que. which were the first Canadian stops of 2022.

There are two schedules for the Canadian Pacific Holiday train, a US schedule and a Canadian schedule.

You can watch it in person by visiting one of the station stops along the route and attendees are encouraged to dress warm, stand far back from the train and keep safe during the event.

CANADIAN PACIFIC HOLIDAY TRAIN 2022: SCHEDULE, ROUTE AND HOW TO WATCH.

WHO IS CHRIS PAUL’S WIFE JADA CRAWLEY AND HOW MANY KIDS DO THEY HAVE?