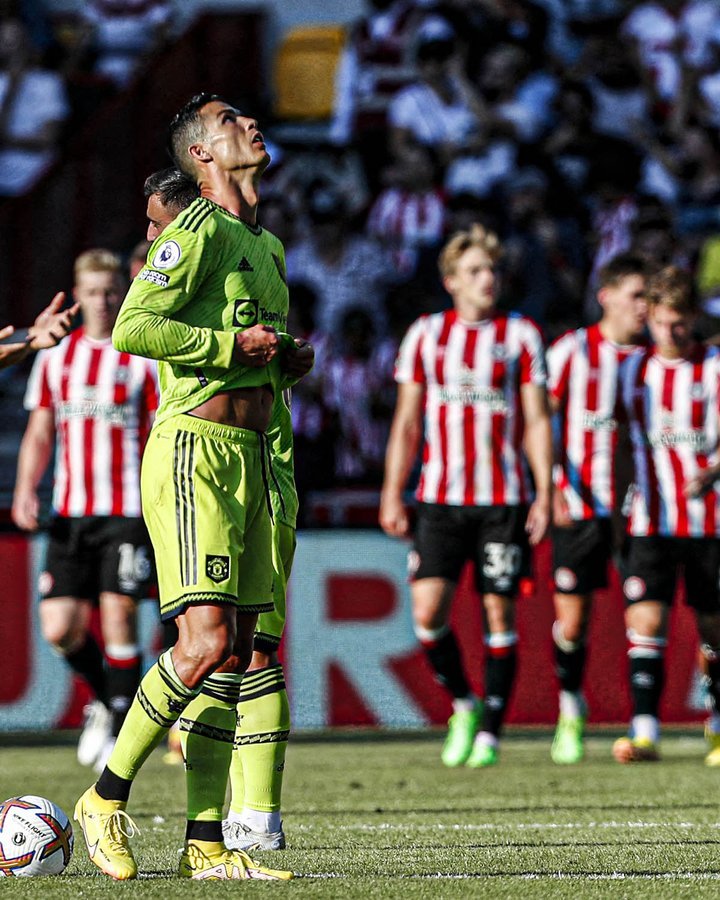 Super Eagles midfielder, Frank Onyeka was a late substitute as his club, Brentford FC pummeled Manchester United 4-0 in their Premier League clash at the Gtech Community Stadium, on Saturday.

Josh Dasilva gave opened the scoring for the bees 10 minutes into the game, before Mathias Jensen made it 2-0 in the 18th minute.

Striker, Bryan Mbeumo made it 4-0 for the Thomas Frank’s men before the halftime break.

United despite parading superstars like Cristiano Ronaldo, Marcus Rashford, and Jadon Sancho were denied a consolation goal by ruthless Brentford.

OTHER NEWS:  Ronaldo's lover Georgina flies out to Madrid in £20m jet to share Christmas gifts for children

Although both sides failed to score in the second half, the four goals from the opening half gave Brentford a comfortable league.