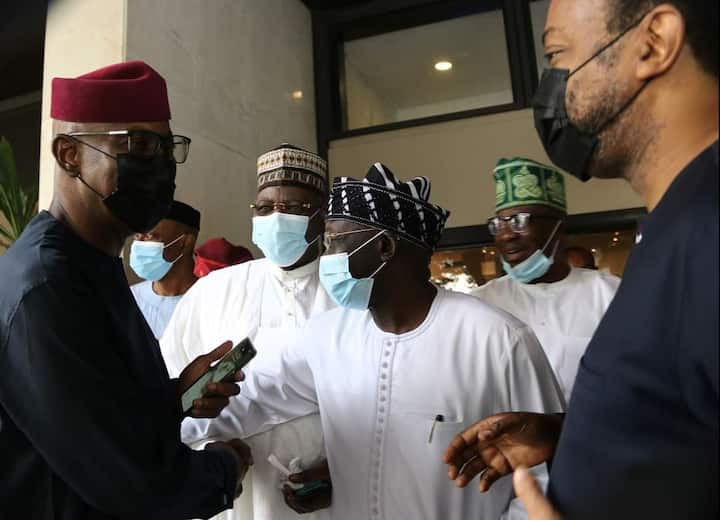 Daily Trust reported that the team arrived the Pent House residence of the former president located within his Olusegun Obasanjo Presidential Library (OOPL), Oke Mosan, Abeokuta, at about 12.25pm.

The deputy national chairman of the PDP (South), Taofeek Arapaja, and other party officials were part of the entourage.

Obasanjo was reportedly not at his residence when the team arrived as he was attending the interdenominational service for the burial of the late Olowu of Owu, Oba Adegboyega Dosunmu.

He, however, later joined his guests and they went into a closed door session.