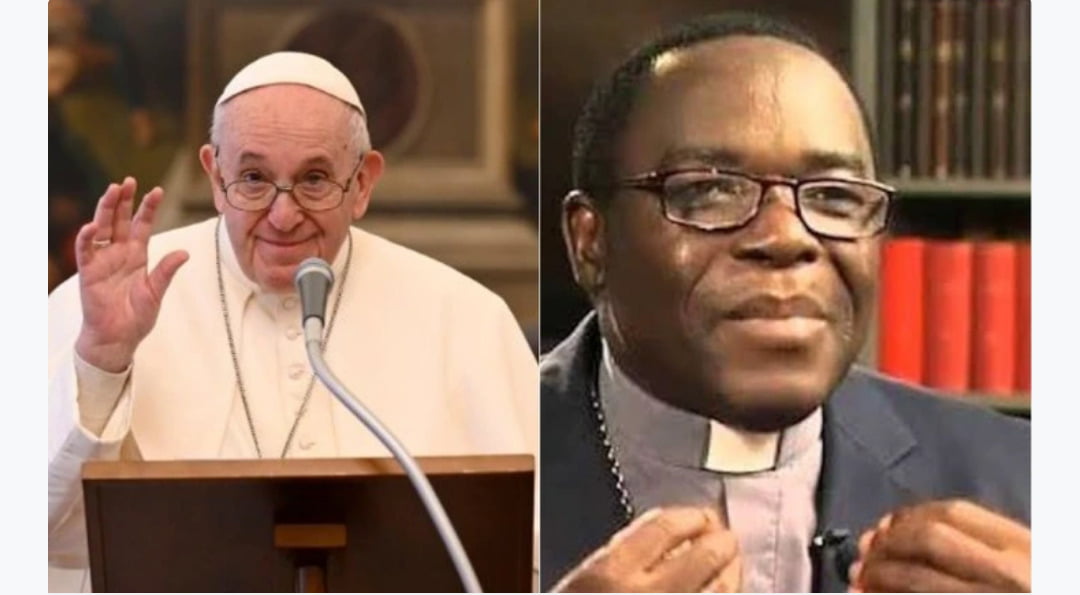 According to a news that was posted by Punch Newspaper this morning, it has been alleged that the bishop of Sokoto State Diocese, Bishop Matthew Hassan Kukah has been given special recognition by Pope Francis, days after he was criticized by two Muslim groups, over the Christmas message he gave concerning President Muhammadu Buhari where he alleged that, coup would have taken place in the country, if not that the president is from the northern region and also said that, the president is practicing nepotism.

However according to what Punch said this morning, it was made known that Bishop Matthew Kukah has been given special appointment by Pope Francis as a member of Dicastery for the promotion of Human Integral Development.

The letter which was signed by the prefect of Dicastery, Peter Cardinal Turkson reads thus.. “By this appointment from Pope Francis, Bishop Matthew kukah will join other members of the Dicastery drawn from other parts of the world to advise and promote Pope Francis on the issues of Justice and peace, human rights, torture, human trafficking, care of creation and other issues related to the promotion of human dignity and development.”

In the letter, it was also made known that the appointment is for the period of five years, and it is renewable thereafter.