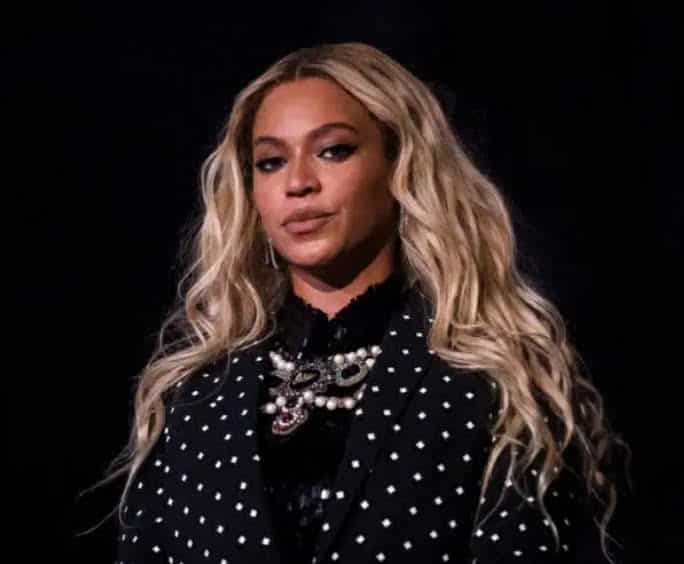 It’s almost been 20 years since Beyoncé ‘ruined’ the holidays when a Christmas tree fell over and was destroyed after she tried to put the star on top. The iconic scenes saw the young singer speechless as children screamed Beyoncé had ‘ruined Christmas’ at the festive event meant to spread joy – but it was actually all set up for Punk’d.

The 2000s TV show saw Ashton Kutcher terrorize and prank celebrities in various ways. We’re still not over Justin Timberlake’s breakdown, or Kanye West bolting it with his film reel after being told he didn’t have permission for his College Dropout music video.

But one of the best moments from MTV’s Punk’d was when Beyoncé messed up – and that rarely happens for Queen Bey.

The Break My Soul singer believed she had crushed a person underneath a Christmas tree when it fell over in front of screaming children. Yes, you read that right.

In the spirit of Christmas, let’s dive into the hilarious clip which involved Punk’d, Beyoncé, and a huge tree.

Before the chaos, we see smiling kids happy to see Bey stand on a platform above the tree before placing the star on top. There’s cheers, festive music, and the Love On Top hitmaker even has a red fluffy hat on. It can’t get better than this, right?

OTHER NEWS:  Was Lt Aka Lauie Tagaola A Boxer? TikTok and Reddit Reacts To Killer Seyram Kwami Djentuh

Cue in Ashton. Who’s in a separate room with the Punk’d crew giving orders on what is about to happen next, making Beyoncé believe she ruined the tree and making it fall on someone below.

As someone dressed as Mary stands with a doll of Baby Jesus, Bey attempts to put the decoration on. Ashton and the crew yell ‘cue the tree’ to make it ‘fall’ and say ‘go, go, go’.

Next, the Lemonade singer’s eyes stretch wide in shock as the crowd screams in terror. ‘Mary’ down below is frightened and throws ‘Baby Jesus’ before diving for cover, but is stuck under the decor. Don’t worry, it was all part of the prank.

Beyoncé smiles awkwardly as kids below begin to tear up and cry out, ‘you ruined our Christmas’. A little girl shouts: “What about our presents?” as Bey is literally lost for words.

Completely mortified, there wasn’t any way to come back from this.

The 2003 Christmas Punk’d episode has been hailed as one of the best of the series of all time. We wouldn’t want to be there after she found out it was all fake.

The clip has resurfaced now the holidays are approaching. TikTok user 2000spophits uploaded the not-so-sweet memory, and it has had more than one million likes within days.

One wrote: “Not her smiling and checking her nails,” with a skull emoji.

A second argued: “This is why Beyoncé doesn’t leave the house.”

While a third penned: “That was so evil having the kids yell out like that”. But a fourth admitted: “I’d be traumatized for life after that.”

Even though the entire ordeal was staged, it’s still rent-free in our heads every time December 25 rolls around.

WHAT IS CHAT GPT AND IS IT FREE TO USE?