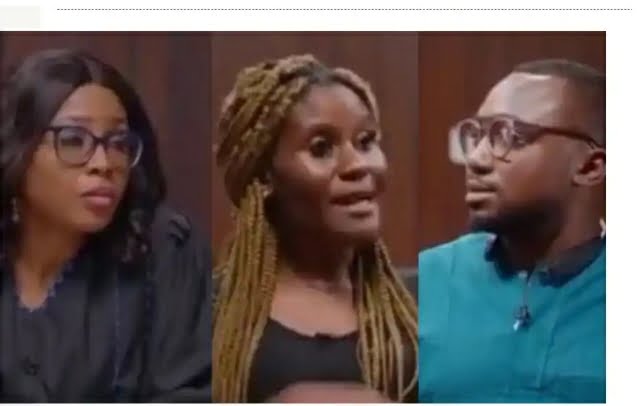 After their romance went south, two dissatisfied lovers hauled one other to court, claiming one thing or another.

Cindy Nkeiru Okafo, a social media influencer and TV host, released a video of a woman demanding that her boyfriend pay her in cash for all the s3x she had with him while they were dating after he wanted the return of all the gifts he gave her.

The lady stated that her ex-boyfriend purchased her a phone, a wristwatch, and a necklace, as well as claiming that he stormed her house to collect the generator he bought for her.

“Yes, he bought me a present, a phone and a wristwatch.” He just came to my house one morning, for reasons I don’t understand, and I saw him through the window.” she stated

“Because I know the kind of person he is, I ran and hid some things.” “He just ran to my back yard, grabbed my generator, and demanded that I return the wristwatch and phone,” the lady explained, adding that she is learning from her mistakes.

“I want him to return my generator, and when he came to get it, I informed him I couldn’t pay him back.” This watch and phone are both mine. We did have sex together, after all,” she continued.

The man was humbled by her request because he couldn’t measure how much he owed the lady in that aspect in monetary terms.

Slyvester Oromoni’s father said, “I won’t bury my son even if it takes 30 years.”