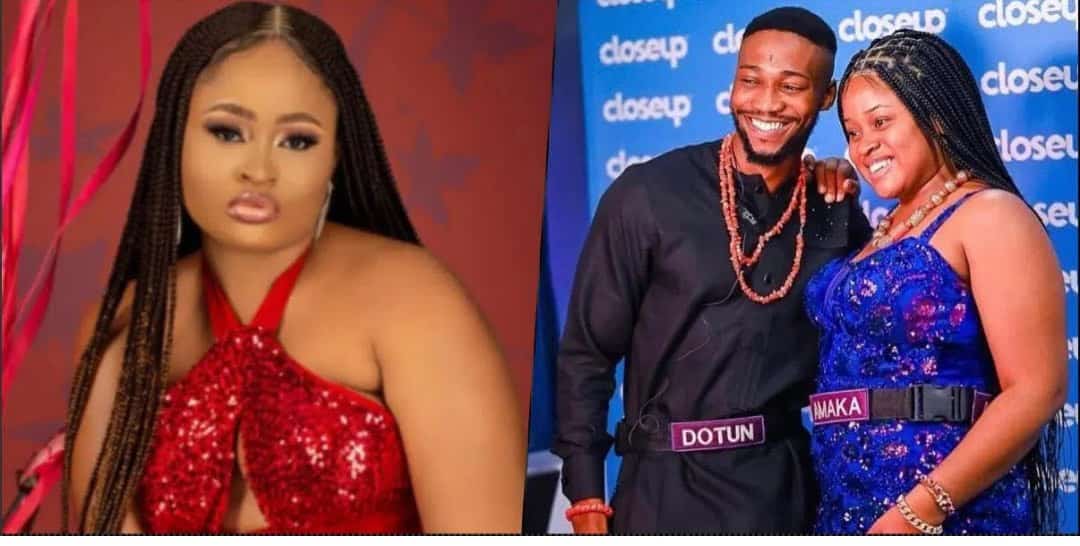 BBNaija Level Up housemates Daniella and Bryann gossiped about fellow housemate, Amaka for making advances at Dotun on Wednesday for a relationship.

Wothappen reports that housemates Daniella and Bryann have both shared their 2cents on Amaka making moves on Dotun. Following the incidence yesterday, Daniella had told Bryann about how Amaka approached her for validation while trying to get close to Dotun.

READ ALSO: BBNNaija: You Even Got Disqualified”: Knocks As Tacha Reveals How Much It Would Cost to Bring Her Back to BBNaija House

According to Daniella, Amaka asked if she was not jealous or bothered after she shared a moment with the male housemate. Bryann on the other hand felt it was too awkward that Amaka decided to make the move on Dotun, he also revealed his observation of Amaka being so childish and how untamed her want for a males attention is making her loose herself.

OTHER NEWS:  Kim Oprah Finally Discloses The Source Of Her Multiple Accents (VIDEO)

BBNaija 7: Hermes Reveals Juicy Plans For Allysyn Outside The House

Groom Scatters His Own Wedding, Plays Clip of His Bride Cheating on Him, Guests Scream as They Watch the Video