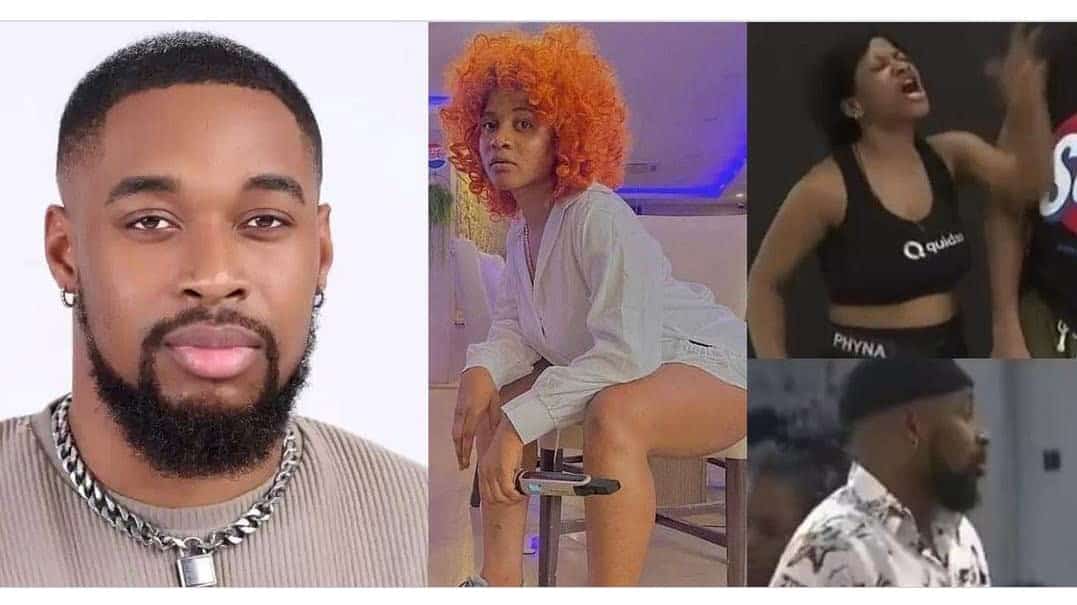 Big Brother Naija season 7 housemates, Sheggz and Phyna, this morning had a heated exchange over ideas for their wager task.

While the housemates were brainstorming on Tuesday morning for the week’s wager task, Phyna walked out as she didn’t agree with the house’ general idea of the task.

The Deputy Head of House, Eloswag and Phyna’s love interest, Groovy, then went to her to speak to her about her action, so she came back to the lounge to join the brainstorming.

Sheggz, on the other hand, was angered by her conduct and attacked her as soon as she entered the room. Sheggz boasted during the exchange that Phyna would be evicted if she’s ever up for possible eviction with him.

OTHER NEWS:  “Kiddwaya Always Feels He Has the Key to People’s Destiny” – BBNaija Star Told to Humble Himself

Sheggz’s statement further incited outrage in the house as fellow housemates berated him.

Meanwhile, Phyna has been up for possible eviction twice and was saved.

The fight broke out on Sunday night after the levels were canceled and the housemates were merged.

Recall that during the live eviction on Sunday, the show host, Ebuka Obi-Uchendu, announced that the housemates would be merged into one house.

Since the housemates were combined into one, there weren’t enough lockers, so Deji, who had been close to Chichi in the house, chose to share his locker with Diana. However, this decision didn’t sit well with Chichi, who subsequently took her anger out on Diana.

The women got into a brawl, calling each other unprintable names and almost getting physical, but for the other housemates who held them.

#BBNaija: Drama as Chomzy confronts Groovy for reportedly having oral intercourse with Phyna under the duvet