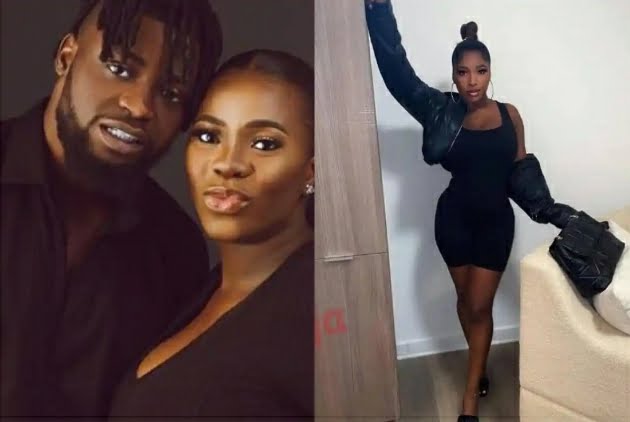 Ayinka, the daughter of MC Oluomo, has been revealed as Olamide’s brother DJ Emoney’s side woman and the source of her enigmatic remark about suffering.

DJ Enimoney’s wife posted a cryptic message asking why her children have to suffer the way they do, saying that if you think you’ve prayed enough and haven’t received an answer, pray again. The reason for that post has now been revealed.

According to a friend of Iwalewa’s, DJ Enomoney’s wife, she has suffered a lot at the hands of DJ Enomoney, who hits her in front of their children whenever she raises questions about his infidelity.

Because of this female, he even sent her and their children fleeing.

She went on to say that DJ Enimoney’s wife has a condition that requires surgery, but because of what her husband is doing, her blood pressure continues rising, preventing her from being operated on.

Concerning facing MC Oluomo’s daughter, a friend of DJ Enimoney’s wife claims she was shunned by the girl because her husband has been supporting her and disrespecting his wife by having an affair with another woman.

Actress Georgina Onuoha: I Don’t Believe In Building With A Man