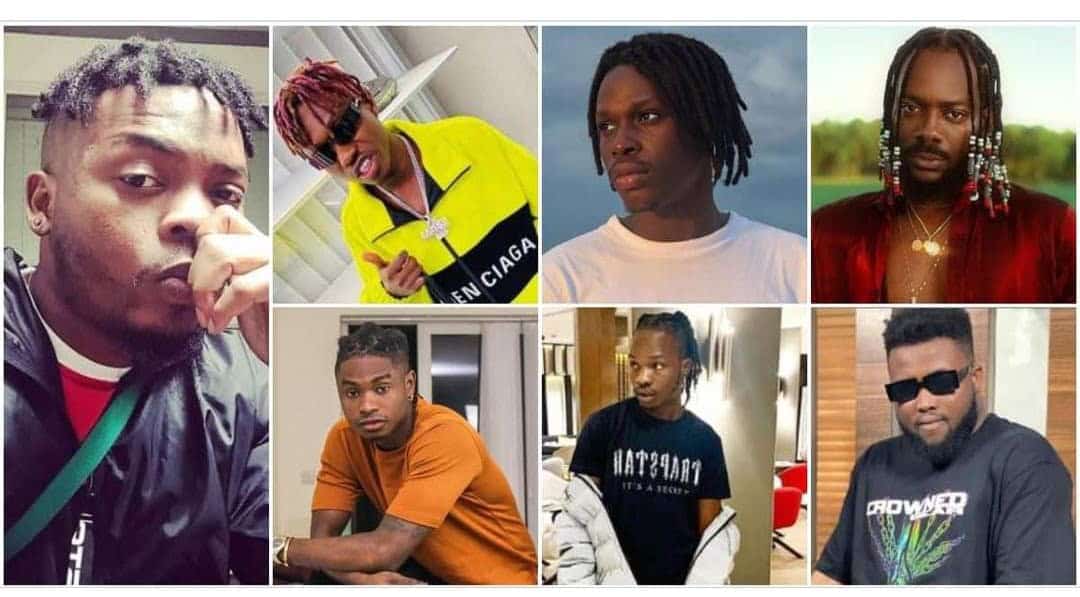 The Nigerian music industry is no doubt a thriving one, and it appears to be quite lucrative, too, considering the lavish lifestyles some celebrities can afford to live.

However, one possessing music talent is not enough to break into the Nigerian music industry as people have been known to struggle to have their music reach a large audience who loves it.

The music industry is also a very competitive one, in addition to it being hard to break into. Many times, celebrities only remain famous for a short time before they are kicked off the pedestal by a young and fresher artist.

Despite these hurdles, some Nigerian entertainers have lived by the mantra that says ‘we rise by lifting orders’. Popular Nigerian music star, Olamide, is one artiste who undeniably has great talent.

The young man himself started as a struggling artist but was able to rise through the ranks and become one of the top stars in the country.

Despite the struggles he faced to become a known star, the young man has not hoarded his blessings and has made sure to share them with other up-and-coming talented musicians.

Olamide, also known as the YBNL boss, has been credited with singlehandedly bringing many young talents into the spotlight. Some of those talented artistes have also now grown to become big stars or fast-rising stars in the music industry.

OTHER NEWS:  “I Look Up to Just Wizkid”: Throwback Video Emerges of Asake Speaking on His Love for Singer, FC Reacts

Today, this list would look at some of the numerous music artistes that Olamide helped put on the map. He helped some of them by signing them to his label and pushing their works, and he helped those who were not signed by him to identify with his label, thereby getting gigs and promoting their music.

This young man took the music industry by storm with his street dance style of music.

This young man started out with his lover boy style of music and has now proven to be very versatile with how he evolved.

This is another star who many might not know was helped in the industry by Olamide.

This talented young woman was signed on to Olamide’s label. She got her first big break in the industry after joining YBNL. Temmie and Olamide eventually fell out and it became apparent after she dragged him online.

He has proven his talent and is currently making great waves in the music industry. After getting signed to YBNL, Fireboy has now become one of the big and most recognised artistes in Nigeria.

He was discovered after his freestyle videos made the rounds on social media and he caught Olamide’s attention.

OTHER NEWS:  “Not Everything You Seek, Is Seeking You”: Olamide Reacts to Netizens Linking Him to Portable’s Behaviour

This young man used to identify as a YBNL artiste, and it gave him much-needed exposure.

This is another music star who benefited from Olamide’s goodwill.

He is currently one of the top music stars in the country, with one of the biggest fan bases known as Marlians.

This energetic singer was never signed on to YBNL but Olamide no doubt helped push him into the limelight.

This young rapper was also discovered on social media by Olamide and it bumped his career.

Pepenazi left fans with ‘another one for the road’ due to his affiliation with Olamide.

This controversial Nigerian musician’s fame was no doubt also influenced by the YBNL boss. Portable became a household name after Olamide featured on his song, Zazu Zeh. He has been able to keep talking about him since his rise to fame.

Another hot Nigerian musician at the moment whose career was influenced by Olamide is Asake, aka Mr Money. The talented artiste became a viral sensation after he joined YBNL. His success has continued to grow, and he recently bought himself a house.