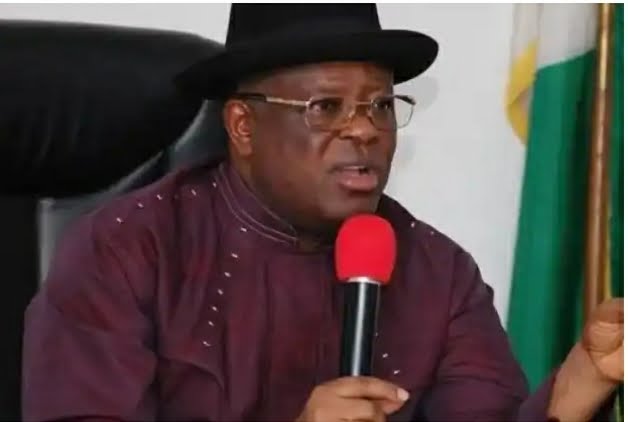 Governor of Ebonyi State, David Umahi, has indicated that he is not afraid to run for President on the APC platform alongside Vice President Prof. Yemi Osibanjo and Alhaji Bola Tinibu.

Umahi, who has declared his intention to run for president in the 2023 general election, has demonstrated his commitment to the country’s development, stating that he will continue where President Muhammadu Buhari left off.

On Tuesday, Umahi told Channel television that the southeast geopolitical zone is united and deserves the chance to lead the country.

According to the governor who notified President Muhammadu Buhari of his desire to run for President.

“I feel God spoke to me to run for President on the platform of the All Progressive Congress, APC,” he said. I’ve also informed President Muhammadu Buhari of my intention to run for office. We must do everything we can to eradicate ethnicity from the country.

“Mr. President is a father, as you are aware.” And he believes that everyone should have the same opportunity to practice their beliefs. As a result, you’d expect Mr. President to be a man of honor. He informed me that anyone running for President should consult widely.

“I’m not a mind reader, and I have no idea what’s on Mr. President’s mind.”

If God wills, He will place me in President Muhammadu Buhari’s heart and make me the preferred candidate. But, for the time being, he has not told me, and I am unable to read his (Buhari’s) mind.

“The reality is, I can’t deny that there is a feeling among our people about the lack of inclusion in Nigerian politics.” The truth is that it will not be by force, but rather via discourse, persuasion, and sitting down with the country’s leaders and convincing them of the need for change. It is critical that we do not terrify any part of the country.

“God is the source of all power. It is a terrifying miracle for God to take someone from prison and make him the President of this country, rather than talking about running for president against those guys you listed (Tinibu, Osibanjo). He stated, “I’m not in prison and I’m not terrified.”

‘The Twitter Ban in Nigeria Has Been Lifted,’ the Nigerian government confirms, as Twitter prepares to open an office in the country.

If a woman says she’ll deal with you, run, says Pastor Adeboye.