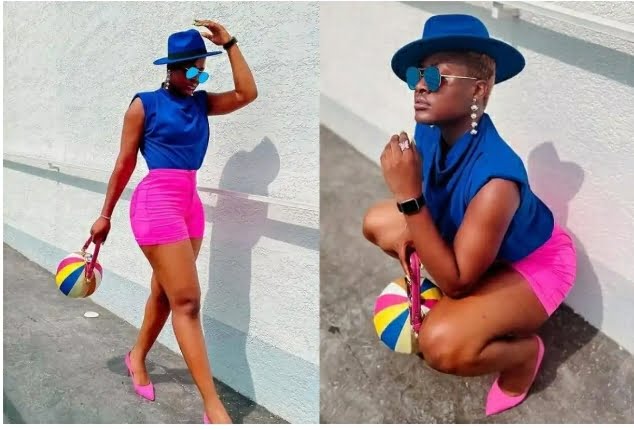 After the blogger she dared failed to establish the charges against her and AY Comedian, BBNaija reality show actress Alex Unusual has pledged never to speak on the matter of sleeping with married guys.

Despite not using Alex Unusual’s name, the blogger gistlover put her photo to that of AY Comedian, alleging she’s been sleeping with him, which she reacted to a few days ago, and added the blogger to back up his/her accusations.

AY Comedian, on the other hand, replied by sharing a photo of himself with Alex Unusual, referring to her as his girlfriend and stating that he requires funds.

to move in as a second wife merely to put the blogger who claimed they’d been sleeping together to shame.

In a recent post, Alex Unusual stated that she will never reply to the issue again because she hasn’t been able to establish that she has been sleeping with a married man and that she will not allow people to bully her.

Some of these bloggers, without considering about the consequences of their acts, disrupt homes and relationships with whatever narrative they read or know about someone, and we hope this does not cause any problems in AY Comedian’s marriage.

Ifu Ennada of BBNaija has been dragged by Nigerians after photos of her late father’s burial surfaced online.

Kate Henshaw tells Mr Macaroni, “I Love You In A Freaky Way, Lets Run Away Together.”