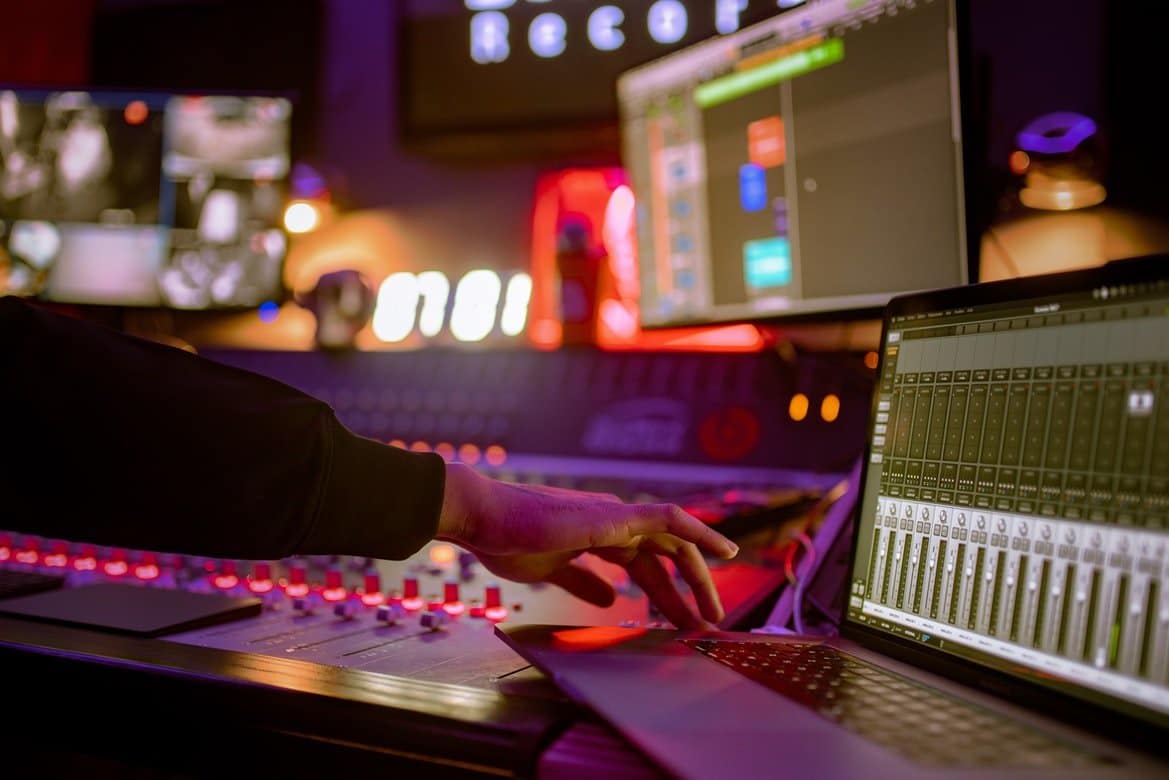 Photo by Wilfried Vowoto on Unsplash

Afrobeats is close to the Afrobeat genre pioneered by Fela Kuti in the 1970s. However, it differs in origin and flavor. Afrobeats is typically joyous, digitally produced, and performed in English, West African, other pidgin languages, whereas Kuti’s music was generally political and symphonic.

It has always been on the upswing, with several stars emerging along the way.

The genre started gaining prominence outside West Africa starting with 2Baba, D’banj, and top producer Don Jazzy in the early phases. This broadened to include Tiwa Savage, Davido, Yemi Alade, Mr. Eazi, the recent Grammy winners Burna Boy and Wizkid, as well as several artists from around West Africa, including Ghana’s Sarkodie, Shatta Wale, Efya, and others.

The new generation of hitmakers is not disappointing either, with youngsters like Rema and Ayra Starr dazzling. These dedicated artists have pushed the continent’s sound to the spotlight.

The rapid rise of the Afrobeats sound

African musicians are now rapidly altering the sound and texture of mainstream music, with Afrobeats having just had its most successful year ever. Burna Boy and Wizkid, two of Nigeria’s most outstanding performers, won Grammys in 2021, and American pop stars flocked to the scene in droves.

Tems, another Nigerian musician, released one of the year’s most significant singles with her E.P. If Orange Was a Place, following a stunning cameo on Drake’s Certified Lover Boy. There was also Amaarae, a Ghanaian American Afro-fusionist whose Kali Uchis-assisted remix of her 2020 track Sad Girlz Luv Money became an online mantra for independent women.

Afrobeats cannot be detached from African culture, despite its spectacular Western crossover moment. You can hear it in Burna Boy’s On The Low, an impressive track from his 2019 album African Giant, and topics like the colonization, economics, and politics are scattered everywhere in the album.

Last summer’s global smash Essence earned the Lagos-born Wizkid his first Billboard Hot 100 entry as the lead performer, reaching the Top 10 (he scooped up his sole Number One as a guest on Drake’s Afro-Caribbean smash One Dance).

The lyric of the song, “only you fi hold my body,” is a monument to the diaspora’s rigorously rhythmic language, to the people’s ability to adapt stiff tongues (in this case, English), and to pour texture and life into them.

The original version of Nigerian artist Fireboy DML’s Peru, released last summer, follows that rich trend. It’s as though you’re experiencing all of Afrobeats’ most appealing characteristics all at once.

The expanding listener base

Nigeria is the towering powerhouse producing most of the African stars as well as Afrobeats hits the world has come to love. With more than 200 million people, comparative wealth, and a fleshed-out music ecosystem, Nigeria’s dominance is not very hard to explain.

MORE:  BBNaija 2021: ‘I Didn’t Tell My Mom I Was Coming To The Show Because Of Village People’ – Whitemoney

In addition to that, Nigerians are found just about everywhere globally, where they are ‘loud and proud’ according to Ghanaian producer and DJ, Juls.

New York, the Washington, D.C. region, Houston, and Atlanta are home to many West Africans in diaspora and their first-generation American children. Afrobeats characterizes gatherings of Africans and Caribbeans, whose culture and music share origins.

Western viewers are now more used to experiencing African culture than ever before. Trevor Noah, a South African comedian, is one of America’s most popular comedians. Yaa Gyasi, a millennial Ghanaian American author, has received several honors for her two works about African and American culture. On a hit song, and during Coachella, Beyoncé sampled Nigerian novelist Chimamanda Ngozi Adichie.

However, the greatest and most immediate relationship to Africa’s heartbeat appears to crystallize in the continent’s music, which has incredible producers to thank to for the evolution it has seen and presented so far.

Breaking into the U.S. scene

It is a common knowledge that the U.S. is prolific at using its glamorous music and movie industry to export its works to the world at large. The stream is unending and unavoidable. In contrast, it does not receive foreign cultures all that well.

So, Afrobeats breaking into the U.S. music scene is a big deal, much bigger than the success it has had in the U.K., a more diverse and accepting market.

There are many reasons to think that Afrobeats is making a fuzz in the U.S. Burna Boy became the first African solo artist to headline the Hollywood Bowl and will be playing at Madison Square Garden, marking the first headlining performance for a Nigerian musician at the venue.

Some commentators have attributed the growth of Afrobeats popularity in the U.S. to the organic success it has achieved, as well as the democratization of pathways to fame using social media to launch, revive and even skyrocket careers into new domains, in addition to tireless and passionate individuals who long dreamed of taking the genre to the global stage.

The scent of success

This March, Nigerian Afrobeats singer and producer Tekno signed an ambassador deal with Sportsbet.io, a bitcoin-based casino operator. And it’s not just cryptocurrency casinos that are rushing to work with Afrobeats artists.

Africa is the next frontier, especially Nigeria. Audiomack has an office in the country. Spotify is making moves. Universal Music opened a branch and signed up musicians across the continent, including Kenya’s Sauti Sol and Tanzanian superstar Diamond Platnumz.

South African, Tanzanian, Kenyan, Ghanaian, and Nigerian musicians have benefited from Apple Music’s Africa Now and Africa Rising programs. In other news, by late 2019, all three major companies had signed license agreements with Boomplay Music, one of Africa’s most popular streaming services with 60 million monthly subscribers.

The rising interest in African music has clear and explicitly commercial motives, such as Africa’s young and booming population. Nigeria is expected to overtake the United States as the world’s third most populous nation by 2100, according to the U.N. projections, and to be among the world’s top ten economies by 2050, according to a PwC analysis.

MORE:  “Mommy We’re Your Sons” – Little Boys Cries And Begs Their Mom For Mercy As Their Being Punished Severely (VIDEO)

The commodification of culture

Korede Akinsete wrote an op-ed for OkayAfrica where he puts forth some arguments worth sharing. The term Afrobeats, Akinsete says, came into being in the late 2000s in the U.K. club scene and was coined to refer to Nigerian and Ghanian music that the first generations were increasingly demanding to experience at parties.

It soon became a catchall term and an easy sell that Akinsete likens to the commodification of culture.

Along with other artists, Burna Boy has questioned and even personally rejected the Afrobeats catchall characterization. The grievance has to do with how much this umbrella term has under its canopy. As Burna Boy said during an appearance on Hot 97 in New York, it would be akin to joining hip-hop, R&B and dancehall into one segment called Ameribeats.

About his music, Burna Boy prefers to use the term afro-fusion, with a base of Fela Kuti’s Afrobeat and layers of diasporic stylings. All in all, the artists who do what we call Afrobeats are understandably not very comfortable with genre conformity.

A crossover of sound and heritage

The Kendrick Lamar-produced Black Panther: The Album, inspired by the Marvel film of the same name, brought together artists with an African heritage through music and a fusion of sounds. The album included South African musicians such as rapper Yugen Blakrok, gqom singer Babes Wodumo and luminaries such as Kendrick Lamar, Jorja Smith, and Khalid.

After that, Beyoncé, in 2018, helmed an album accompanying the remake of The Lion King, titled The Gift. She called it her ‘love letter to Africa’ and got together an assembly of the Afrobeats stars along with an assortment of African genres.

Africa and its diaspora have not always had much to bring them closer. However, technology has turned the planet into a global village, and collaboration continues to grow, introducing the West to the best of Africa.

Afrobeats is cementing itself as a culture

According to Statista, the Nigerian music business will generate $44 million by 2023. It’s a trend that can revolutionize African countries, tilting the power balance in favor of the increasingly empowered and culture-conscious youth.

The #EndSars campaign, which has grown to become one of the greatest youth-led demonstrations in recent history, received worldwide recognition when singers from Nigeria expressed support for demonstrators and their requests to the government.

Burna Boy paid tribute to the victims of the reported police shooting of protestors at the Lekki Toll Gate in Lagos with a song called “20:10:20.”

One thing is clear now – Afrobeats is a lively culture that has already earned a legacy while introducing the world to the continent’s unique musical sound, stylings, dances, and messages. And we’re here for it!

2023: Only Osinbajo can change Narrative of Governance — RCCG