Sadiq Ango Abdullahi, son of the Convener of Northern Elders Forum, has disclosed that 43 women and children mostly aged 10 years and below are still in the hands of bandits who abducted passengers of the Abuja-Kaduna train. 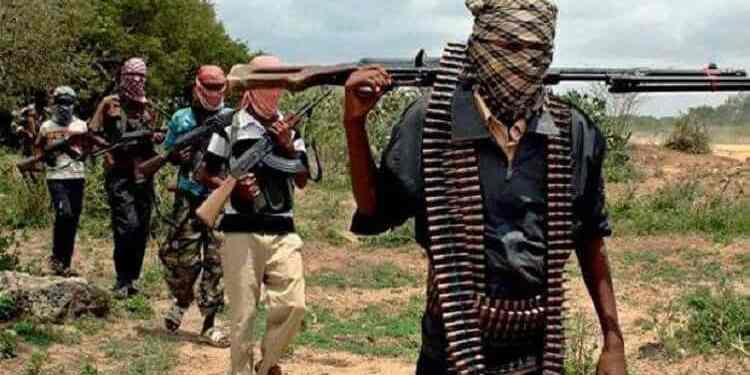 Wothappen reports that Sadiq further disclosed that the 104 days he stayed in captivity were filled with terror, stating that his relief comes only with his release from the then of the bandits.

Recall that on 28 March 2022 armed bandits attacked Abuja-Kaduna train and abducted all passengers on board.

Little to nothing has been done by the Federal government to rescue the victims according to family sources of the victims.

Families of victims had stated that they paid a ransom of N100 million to get their loved ones out of the bandit’s den.

Sadiq Ango Abdullahi, who praised God for his relief stated that his joy is temporary following the women and children he left in the den of the bandits.

Sadiq called on the Federal government to help secure the underaged children and women who are at the mercy of the brutal bandits.

Sadiq said, “Alhamdulillah… I regained freedom after 104 days in captivity. I thank the many people out there, family, friends and well-wishers that prayed and wished for my safe return during these trying times.

“Indeed it is a big relief to be home with family, but I am afraid that relief is temporary knowing I left 43 others including aged women and children below the age of 10 that are still in captivity waiting and hoping to be rescued.

“I am once again calling on the Federal Government and all Nigerians to help secure the release of the remaining victims.”

Recall that Wothappen had reported that Sadiq Ango Abdullahi, though was in captivity, he won the primary election to represent Sabon Gari Federal constituency under the Peoples Democratic Party.

Josh2funny surprises his wife, Bina with a Mercedes-Benz

250 Touching love messages for her – meet your Girlfriend’s need

Ṣẹ̀kẹ̀rẹ̀: All we know about the African musical instrument

200 Sweet words for her – the love language