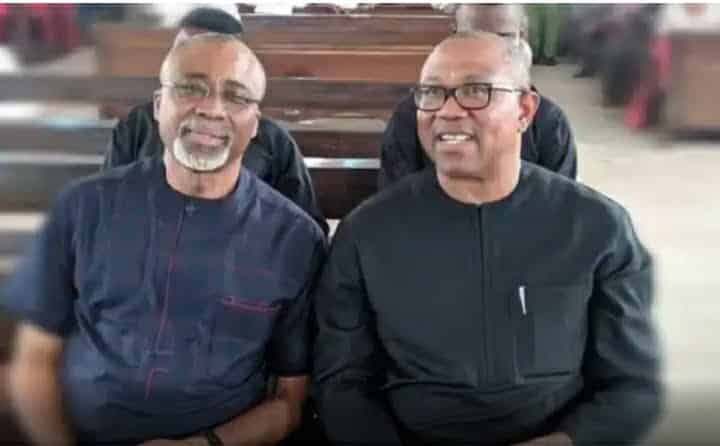 Senator Eyinnaya Abaribe has slammed those saying the Labour Party presidential ticket which has Peter Obi on it is an Igbo Presidency project.

This as he wonders why the presidential ambitions of Asiwaju Bola Tinubu and that of former vice president Atiku Abubakar are not seen as Yoruba and Hausa Presidency projects.

Abaribe, who spoke at a virtual town hall meeting organized by Ikengaonline, lamented the attempts to link the agitation for Biafra to Peter Obi.

He said: ”It’s unfortunate that Peter Obi’s emergence which is now a silver lining has come with complications. Tinubu has a presidential ticket, nobody is saying it’s a Yoruba ticket.

”Atiku has a ticket, nobody is saying it’s a Fulani ticket. But Peter Obi got a ticket and everybody is shouting: ’It’s Igbo presidency. Some even try to link him with the Biafra agitation.

”Have they tried to associate Tinubu with the Oduduwa self-determination agitation? Or Atiku within the Fulani herdsmen menace or the banditry in the North?”

Meanwhile, Peter Obi has said he will never abandon Nigeria even in the advent of war in the country.

According to him, if he had the mindset to abandon the country, he would have done so when he had the opportunity to become citizen of foreign countries.

He said this while addressing the Peter Obi Support Group.

“When I left the UK after residing there for over 10 years, I returned everything that belonged to them.

“I have a singular focus on Nigeria, and I do not think I need the citizenship or residence rights of any other country when I haven’t finished exploiting my nature-given rights and privileges as a Nigerian.

“If I am out of Nigeria today and there is a war in Nigeria, I will find a way to return to Nigeria because I will rather die in my country, Nigeria, than live free in another man’s country,” he said.