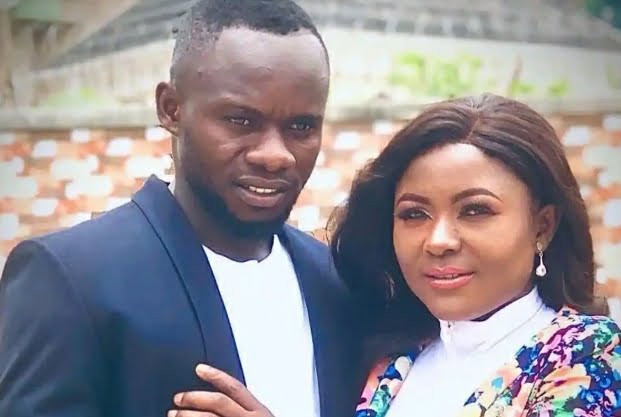 Ada Uburu, a wife who goes by the name Ada, has called off her wedding after being abused by her husband.

She took to social media to air her grievances. They couldn’t agree on beatings on her side, she claims, and hence the marriage can’t last.

“I never intended to bring this up here, but I feel compelled to; I am the type of person who prefers to keep my personal life off of social media, but this is for clarification.”

“This was a classmate from secondary school who I believed I knew. He completed the first and second stages of my family’s marriage list on December 28, 2020, with the bride price falling on the second step, which he paid. He began abusing me after he paid my marriage price.

X2021 was a living hell for me, and I eventually left home. After all, we settled around November 2021, and he promised he would never beat me again. But nothing had changed.

“This is why I am CALLING OFF my Traditional Marriage (Igba Ngwu) and White Wedding ceremony with DAVID OKIKE. (Beating me was not part of our marriage contract.)

“This Saturday was supposed to be the day of my typical white wedding ceremony…. I should be happy, but I’m not.

“I’ve been going through a lot for the past few months.

“I’ve been in a TOXIC RELATIONSHIP for OVER A YEAR. I understand that this may come as a surprise to many people, particularly those from my hometown. My alleged spouse HITS and ABUSES me at the least provocation, even if it’s only a tiny misunderstanding, and he doesn’t care what state I’m in.

“Because I picked ME, and I will not spend the rest of my life dealing with DOMESTIC VIOLENCE.” My supposed husband is full of rage, and he beats me with his belt, stick, and broom on a daily basis. On Monday last week, he beat me mercilessly and while doing so, he rushed into his mother’s kitchen for a cutlass, which I locked behind him when I noticed he was going for a weapon, and both his mother and sisters, as well as some neighbors, begged him not to. I’m fed up with all of this and more.

“I AM CANCELING THE WEDDING AND TRADITIONAL MARRIAGE (IGBA NGWU) BETWEEN ME AND DAVID OKIKE, WHICH WAS SCHEDULED TO TAKE PLACE ON SATURDAY, APRIL 16TH, 2022.

“Please accept my sincere apologies for whatever inconvenience this has caused my family and friends.”

“However, I will not end up with a man who always threatens to murder me if I don’t kill him.

“I’m still dealing with an unbearable headache from the head damage he gave me three weeks ago.”

“The “bride price paid” will be refunded as soon as possible.

Take a look at the nickname Regina Daniels has chosen for herself.