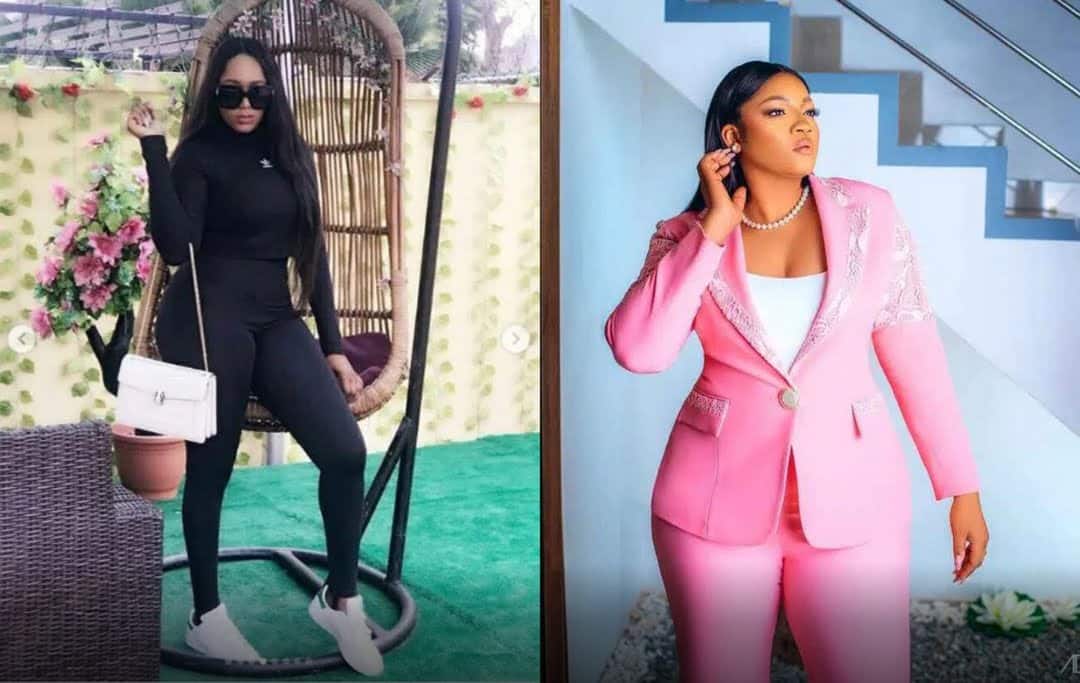 Nowadays, Nollywood is all about how you “present” yourself on the internet and in social settings. It can sometimes determine how much you are paid as an actress and whether you are classified as a premium or a regular actress.

While some actresses are wealthy but choose a low-key lifestyle, others have embraced the life-camera-action lifestyle and made it a way of life.

Rukky Sanda is definitely the queen of luxury lifestyle in Nollywood right now. She rarely gives interviews, therefore little is known about the actress. Her age is unknown, however, she is thought to be in her 30s or close to it.

Rukky, born Rukayat Akinsanya in Ikorodu, does not travel frequently, but when she does, she expects luxury shopping. Her costumes are always on point and flatter her slim body, despite the fact that she rarely appears on the red carpet.

Chidinma’s song ‘Emi Ni Baller’ was most likely dedicated to Ini Edo. Since her divorce last year, the actress has gone from an actress to a very flashy actress, thanks to the purchase of a Mercedes G-Wagon, a Range Rover, and a residence in one of Lagos’ most affluent neighbourhoods.

Since the beginning of the year, Ini has also changed her look. She wore a cropped top for the first time that year, which she considers an accomplishment.

Chika Ike is more of a well-documented traveller than a star actor in Nollywood these days. She is also a businesswoman (Fancy Nancy Collections CEO) and philanthropist. She is a United Nations Ambassador, Refugee Ambassador for Displaced People, and the founder of the Chika Ike (Help A Child) Foundation. Bullet Energy Drink’s brand ambassador is Chika Ike. Chika graduated from the University of Lagos with a degree in Human Kinetics and Health Education (UNILAG).

Chika, at 29, is perhaps the youngest on our list. She has slowed down on her travel so far this year, focusing on business tasks, as she does every summer.

Omotola Jalade, MFR’s marriage hasn’t stopped her from enjoying the glamorous paparazzi lifestyle. Aside from being a famous actress, she is also involved in music, philanthropy, and many other activities. Feel free to address her as a chief; after all, she was appointed one in Ondo state last year.

She is now recognized for her humanitarian initiatives in addition to her achievements in show business. Omotola has been a pioneer in the Nollywood film business over the years, becoming the most-watched actress in Africa. She was named to Time Magazine’s list of the world’s 100 most influential people in 2013, alongside Michelle Obama, Beyonce, and Kate Middleton.

Omotola made her US television debut in the scripted series Hit the Floor on VH1 in early 2013. She spoke at the 2013 WISE Summit, which was held in Doha, Qatar, on November 2, 2013.

Genevieve Nnaji has stopped performing music for a while, but it hasn’t had much of an impact on her status or lifestyle; after all, it was a side venture. The Imo State-born beauty rose to fame a long time ago but has managed to keep the buzz going.

Her luxury wardrobe has shrunk since relaunching her clothing business, St. Genevieve, but that hasn’t stopped her from celebrating the new year in faraway Jamaica and the United States.

She is recognized for her basic yet lovely ensembles, and many Nigerian women visit her Instagram profile for wardrobe inspiration. This is where Genevieve distinguishes herself from the others.