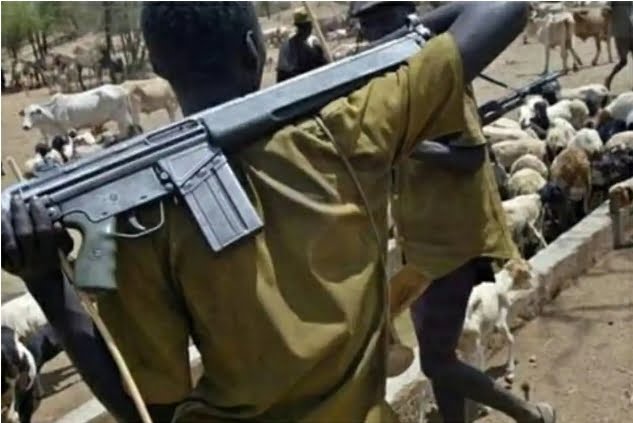 Msurshima Lorshie, a 2-year-old girl, is in serious condition at the Benue State University Teaching Hospital (BSUTH) after being shot in the private area by Fulani herders.

The violence came after Fulani herdsmen invaded the Tiortyu hamlet in the state’s Tarka Local Government Area. The attack, which occurred on Monday, April 11th, claimed the lives of 15 individuals in the town, including women and children, as well as injuring a number of others.

Mrs. Faith Iorshie, a 25-year-old mother, told Vanguard that she left her 2-year-old daughter in the care of her grandfather when she and her husband went to the farm. They had a tiny house on the farm, so they went away for a few days.

They were later informed that some herdsmen were on their way to assault the community, but this was before they came. The assault had already begun.

“I left Msurshima in the care of her grandfather, my husband’s father, and traveled to a neighboring hamlet to farm with my husband, where we spent a few days because we have a modest residence on the farm,” she explained.

“That night, we were informed at the farm that armed ranchers were approaching our village. We returned only to find that our community had already been assaulted. She said, “They were alleged to be following and firing at everybody they saw.”

“My grandfather tried to flee with my daughter and others, but he was shot and killed.” My daughter, with whom he attempted to flee, was also shot in the vaginal area.

“After the armed herders departed, one of my brothers went in search of our family members and came upon her, who was immobile and appeared to be dead, but she was still alive.” Our grandfather, though, was already deceased at the time.

“We rushed her to a hospital in Wannune, the seat of the local government, for treatment.” They resuscitated her, and we were taken to the Teaching Hospital on the state government’s orders for better treatment.”

“We have had no dealings with Fulani herders.” They arrived from the Guma area, where they attacked and killed people. “They came shooting at our people and chasing us out of our ancestral homes,” the young mother remarked, her eyes welling up with tears.

“If Arms-Bearing Is Legalized In Nigeria, Killings Will End” — House of Representatives Member