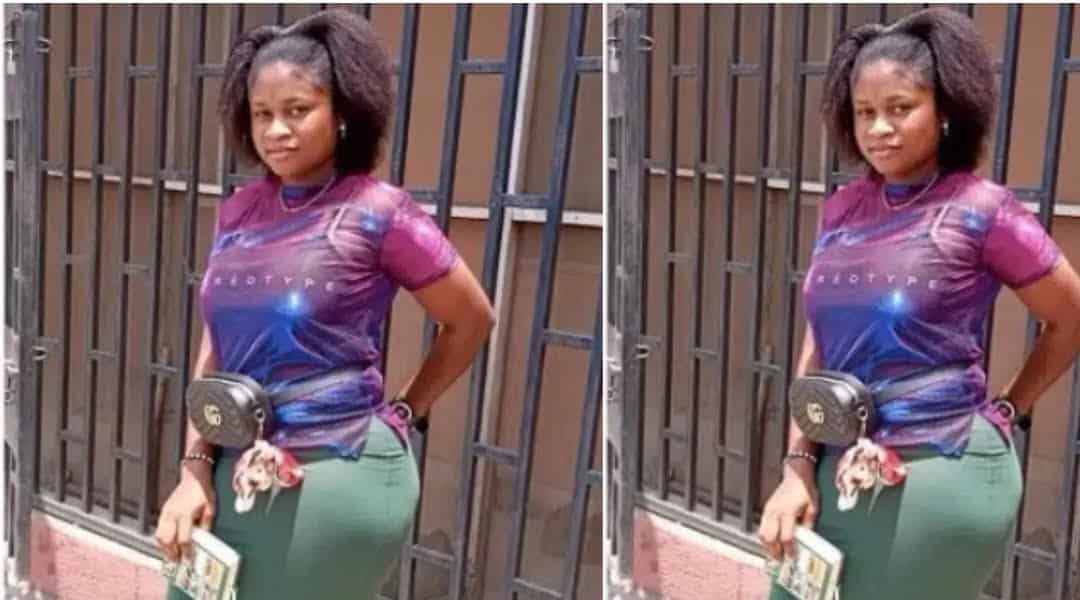 In a post she made, the lady revealed that she has lost a lot of relationships as a result of her firm decision to keep her virginity until marriage. She added that she has been able to resist these temptations because her Bible tells her God frowns on adultery.

She stated that she posted her picture on her page to commemorate her v*rg*nity after 21 years and she received a lot of backlashes from some of her followers who were ladies.

The young lady further disclosed that she believes there are still some virgin men out there and she plans on getting married to one when she finally agrees to engage in a bedroom activity with a man.

MORE:  Female teacher shares crazy story of what one of her male student did to her

See the screenshot below:

In other news, a Nigerian man identified as Mr. Lucky Ndubisi Chikezie has reportedly met his untimely death after he was allegedly brutalized by some South African police officers.

According to the reports that surfaced on social media, Mr. Lucky who was a resident in Pretoria in South Africa was murdered by some South African security agents after he was arrested and detained.

According to the deceased’s wife, her husband suffered untold brutalities at the hands of the members of the South African Metro Police officers which led to internal bleeding in the head.

He later gave up the ghost due to the injuries he sustained on the head at a clinic in the Pretoria area in the country.

Pretty Canadian Mum Flies into Nigeria to Meet Man who DMed Her on IG, Set to Marry Him, Cute Video Emerges