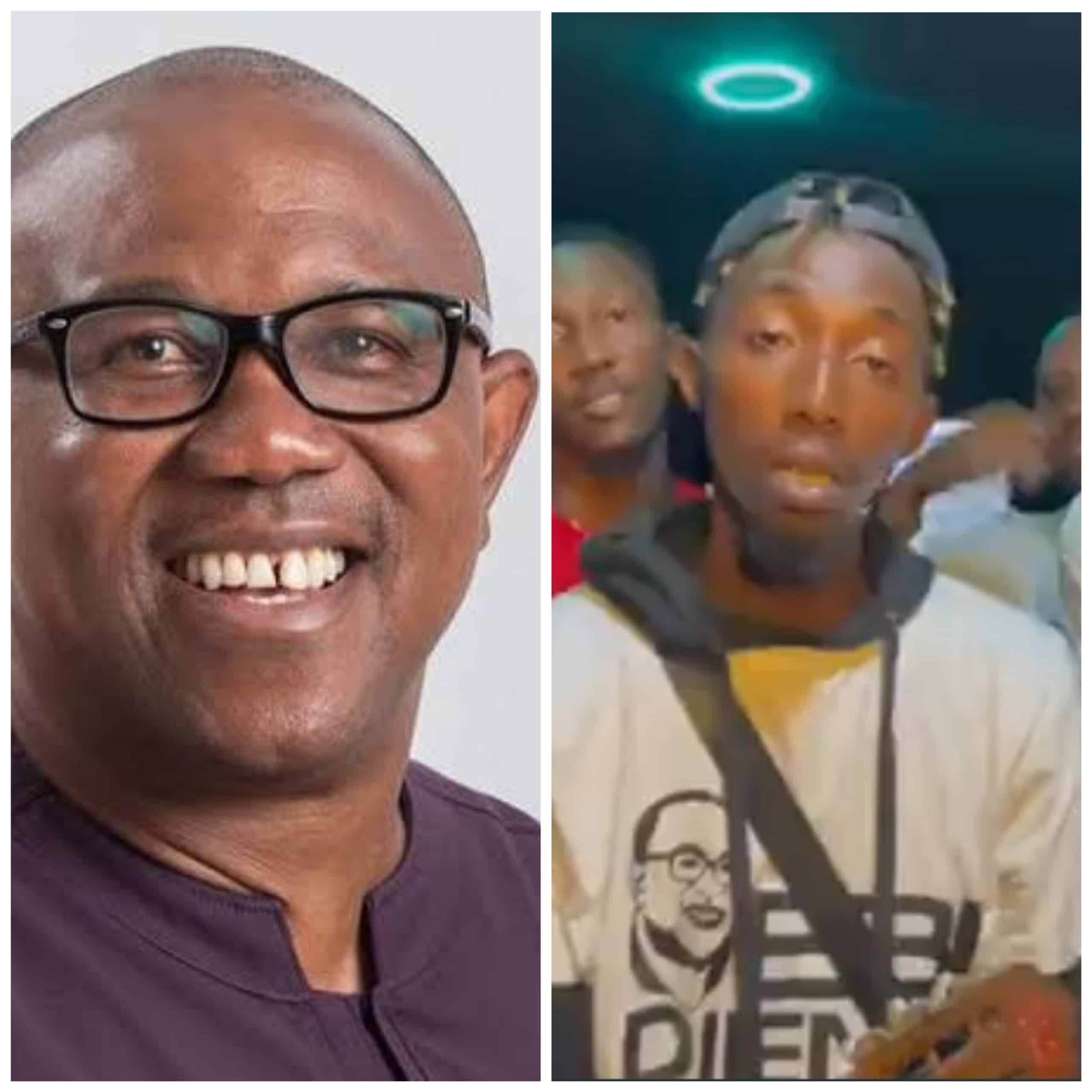 This is as the youthful and passionate support group, popularly known as Obidients, who is famous for going the extra mile to promote their principal, released a song-length campaign jingle for Mr Peter Obi tilted ‘Obidient Anthem’.

Although, the song was released by rising Nigerian artists, Ray J, Soch Boywndr, Babyboyparis, Steven C, Icelomo, Josh Dope and Amakaa a few weeks ago, it became an internet sensation recently after some prominent members of the Obidient movement shared a clip of the artistes vibing to the song on their social media channels.

The song has generated heavy reactions on social media since it went viral.

See some of the reactions below;

femifemoo1: I’m so excited!!! When they announce him I will have a party in my house

David Hundeyin: This is such a bop

FashunArchitect: I think we should have in remixed or translated into the major languages and have it run on radio stations across the country

maazikuchie: Peter Obi really hacked the Nigerian political system from the back door by directly engaging the youths via so many TV interviews backed with verifiable achievements.

OTHER NEWS:  Your Campaign is like Satan speaking against sin, Reno Omokri Blasts Peter Obi's Consumption to Production Economic Plan