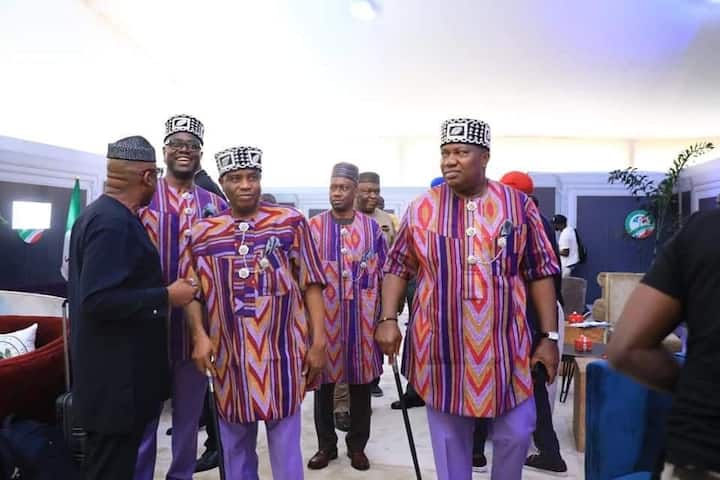 As they took office on March 23, the Peoples Democratic Party (PDP)-elected governors decried the country’s “terrible condition of affairs,” saying a re-election bid by the All Progressives Congress (APC)-led federal administration would be immoral and wicked.

According to the governors, economic indicators released by NBS are precarious and disheartening. They asked why the APC still wanted to be on the ballot in 2023 after failing on every economic indicator and security metric. The governors’ meeting was held in Aba, Abia state.

When the 12 governors and Taraba’s Deputy Governor met, they came up with a statement that called for the people of Nigeria to reject the APC at all levels of government in the general elections of 2023. The statement was sent to WothappenOnline and noted that life was better in Nigeria in 2015 than it is now.

Governor Okezie Ikpeazu, who hosted the PDP Governors Forum meeting, was among those in attendance.

In a statement read out by the Forum’s chairman, Tambuwal, the governors stated that the PDP was ready to assume governance in its “Rescue Nigeria” goal and provide quality leadership to the people.

“The meeting reviewed the excruciating hardship and suffering being meted out to Nigerians by a failed APC-led Federal Government; the near-collapse of the APC as a viable political party.

“We lament the terrible pain and hardship facing Nigerians in virtually all aspects of life. The meeting noted that life was much better in 2015 under the PDP than today under the APC as exemplified in the following Comparative Indicators obtained mainly from the National Bureau of Statistics:

“Prices of basic food stuffs are now three times higher than what they used to be in 2015. Staple foods such as rice, beans, cassava flakes are now slipping out of the hands of average Nigerians. Indeed, a Bag of Rice sold for N8,500 in 2015 is now N39,000.”

The governors further decried the rising cost of electricity that is hardly available following the constant collapse of the National Grid.

“The collapse of the National Grid (126 times in 7 years – (June 2015 to March 2022) and its consequences for non-availability of power is most unfortunate.

“Nigeria’s Misery Index, an indicator used in determining how economically well off the citizens of a country are, is usually calculated by adding the seasonally adjusted unemployment rate to the annual inflation rate, has moved from 14.75 percent in 2015 to 50.48 (2021),”

Insecurity is a huge threat to Nigeria’s agricultural economy and food security, according to the PDP Governors.

There are numerous leaks at the Nigerian National Petroleum Corporation (NNPC) because the President is also Minister of Petroleum, according to the forum’s findings.

The PDP Governors’ Forum Vice Chairman, Governor Okezie Ikpeazu, was thanked for his kindness and hospitality in hosting the conference and for his remarkable contributions to the progress of his state and the party.

E Dey Body: Fans Gush As Burna Boy’s Mum Dances Like a Rockstar on Stage During Son’s Performance in Ireland