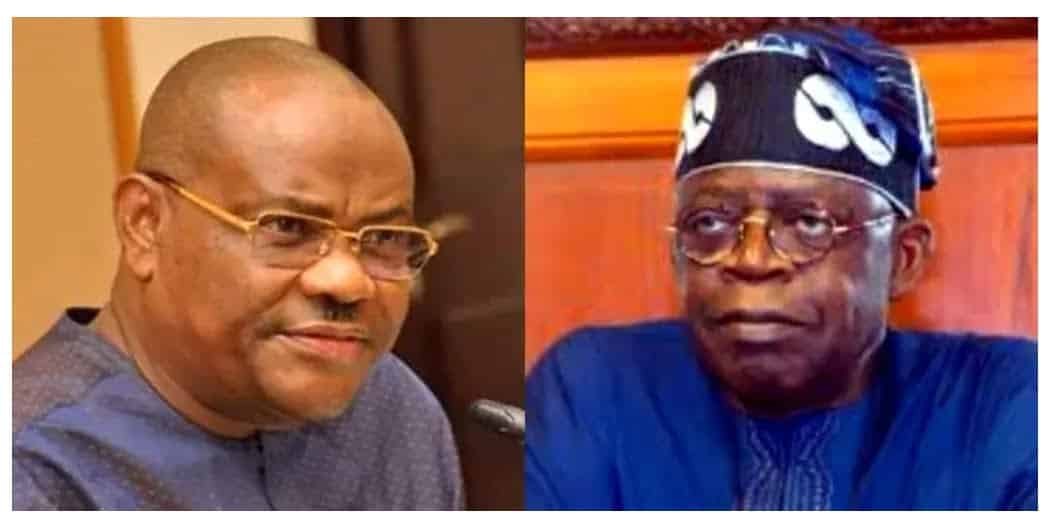 A report from Joe Igbokwe, an ardent supporter of Asiwaju Bola Ahmed Tinubu’s presidential bid, has it that the Governor of Rivers, Nyesom Wike, is in France to see the All Progressives Congress (APC)’s national leader.

Igbokwe via his Facebook page on Thursday, June 30, said that this is happening while some persons are busing abusing and badmouthing persons on social media.

He recalled that President Muhammadu Buhari was hated and insulted in 2015 and that the same aggression has been transferred to Tinubu.

PAY ATTENTION: Share your outstanding story with our editors! Please reach us through info@corp.legit.ng!

“While they are on Social Media abusing everybody Gov Wike goes to France to meet Asiwaju. Abuse, calling names, hate and bigotry are no strategies.

“They hated and abused PMB since 2015 and now they have transferred the aggression to Asiwaju. We wait and see.”

Meanwhile, amid rumours that Wike of Rivers planned to leave the Peoples Democratic Party (PDP), another serious, unconfirmed claim emerged.

Igbokwe had stated that there are talks that Wike would meet President Muhammadu Buhari, the APC’s presidential candidate, and governors of the ruling party.

According to Igbokwe who said this via Facebook on Sunday, June 26, this meeting would be taking place anytime soon.

2023: Despite Wike’s denial, serious moves begin to get governor into APC after losing VP slot

Despite an earlier denial by Wike of plans to join the APC, there were moves by the ruling party to bring the strong man of Rivers into its fold.

Igbokwe had advised the leadership of the APC to get Wike into their camp.

In fact, Igbokwe urged the ruling party to beg the Rivers governor to defect into its fold, because, according to him, his a big fish and a great performer in Nigeria.