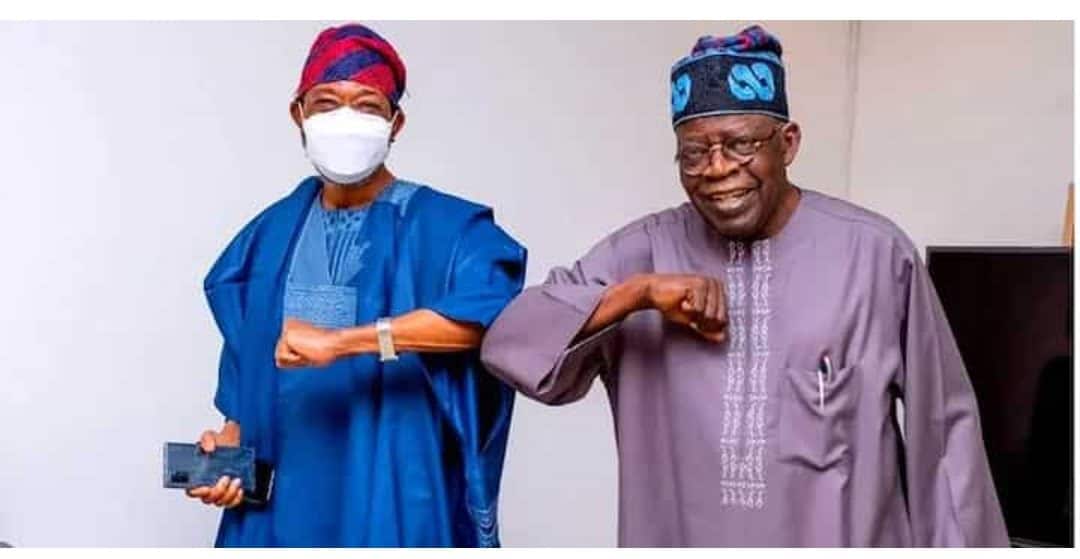 Rauf Aregbesola, the minister of interior, had described the report that he attacked the presidential ambition of Bola Tinubu, the APC flagbearer

In a statement, the minister expressed his determination to succeed in his ministerial job as well as the success of the APC in the 2023 election

The alleged attack on Bola Tinubu, the All Progressives Congress (APC) presidential candidate, by the minister of interior, Rauf Aregbesola, has been described as fake news.

According to Vanguard, the attack was described as the imaginative creation of jittery politicians who have set out to malign the minister and create disaffection between him and his former boss.

Aregbesola dissociates self from alleged attack on Tinubu’s presidential ambition

The statement disclosed that a sinister plot is currently being coordinated to frustrate the reconciliation efforts that some notable individuals and key stakeholders are making.

Fasure alleged that the carrier of the fake news has hired a crowd of comedians to respond to a non-existing attack on the APC presidential candidate.

According to the statement, some known interest groups have continued to promote a narrative that Aregesola attacked or has once attacked Tinubu, saying the report is fake.

The statement reads in part:

“We urge well-meaning Nigerians to be wary of the evil machinations of this cult of fifth columnists, whose sole business is to cause dissatisfaction, manufacture distractions and sow seeds of doubt”

It then concluded that the minister is focused on his ministerial job and is maximizing efforts to ensure that APC wins the 2023 presidential election.

OTHER NEWS:  Dead bodies of people who died of Coronavirus can’t be claimed because they’re contagious — Lai Mohammed

WOTHAPPEN earlier reported that the governor of Ebonyi state, Dave Umahi, has promised not to release the state APC chairman, Stanley Emegha, and Rep candidate of the party, Eni Uduma Chima.

Emegha and Chima are being detained over the death of 2 persons when their supporters clashed at the Afikpo south local government area of the state.

Umahi said he understands the implication of the continued detention of the 2 APC chieftains because of the electioneering season but believes Jesus is on his side.