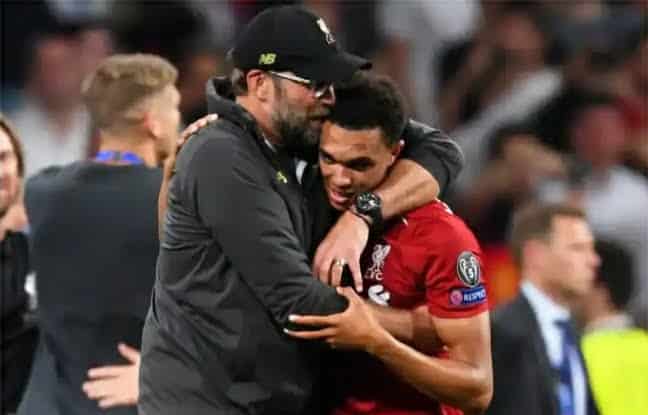 WOTHAPPEN Reports that Gary Neville was rebuked by Liverpool manager Jurgen Klopp after he stated that Trent Alexander-Arnold can’t be relied upon .

Gareth Southgate’s 26-man England World Cup roster for Qatar was announced on Thursday and includes the Reds’ right back.

There was talk that the 24-year-old might be benched once more after missing Euro 2020 due to injury.

However, he was called up as a result of Reece James’ injury, despite Neville’s opinion that Southgate cannot rely on him in the competition.

The remarks about Alexander-defensive Arnold’s prowess caught Klopp’s attention, though he has insisted that he doesn’t understand them.

The German coach emphasized that the Liverpool academy alumnus had tested his mettle against the game’s best players.

In his pre-game press conference before Southampton’s match on Saturday, Klopp said: “I heard Gary Neville say he couldn’t be trusted in the knockout games.

“But he’s now 24 and won quite a few finals, important games where you have to defend against world-class players.

“He was always there and always defended well. I don’t know why we have this discussion.

“Trent is very calm and he plays the football he plays and tries to improve.”

Before adding: “Gareth will be very happy he has Trent.”

Neville said that he was fortunate to avoid giving away a penalty for a push on Ryan Sessegnon after Liverpool’s 2-1 victory over Tottenham.

The Sky Sports pundit said: “At this moment in time, I can’t see how Gareth could go into a knockout game of a World Cup playing Trent Alexander-Arnold.

“I want this player to be the greatest right-back of all time because he’s got the ability to do that, but today at times again, he looked like he could cost Liverpool dearly.

“He does rash things. In a World Cup, there would have been a penalty against him today and in a second phase or a quarter-final, he’s given a goal away.

“I don’t think Gareth will trust him in a knockout game.”